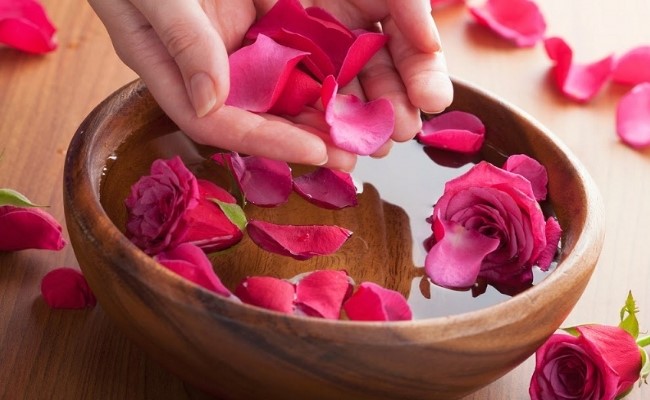 Rosa damascena mill L, commonly known as Damask rose, is known as Gole Mohammadi in Iran. Rose water is a flavored water made by distilling rose petals using steam. Rose water has a sweet scent, and it’s sometimes used as a mild natural fragrance. Rose water has been used for thousands of years It’s thought to have originated in what is now Iran.

There is a long tradition of rose water being used in medicine, including in Iran and other parts of the Middle East. Some evidences indicate that the origin of rose water is Iran. It is believed that the distillation of roses for the oil was originated from in the mid-7th century AD, and spread to the provinces of later in 14th century. Iran was the only producer of rose oil until the 16th century and exported it to all around the world. Some fossils of rose are found in America that are 30 million years old. 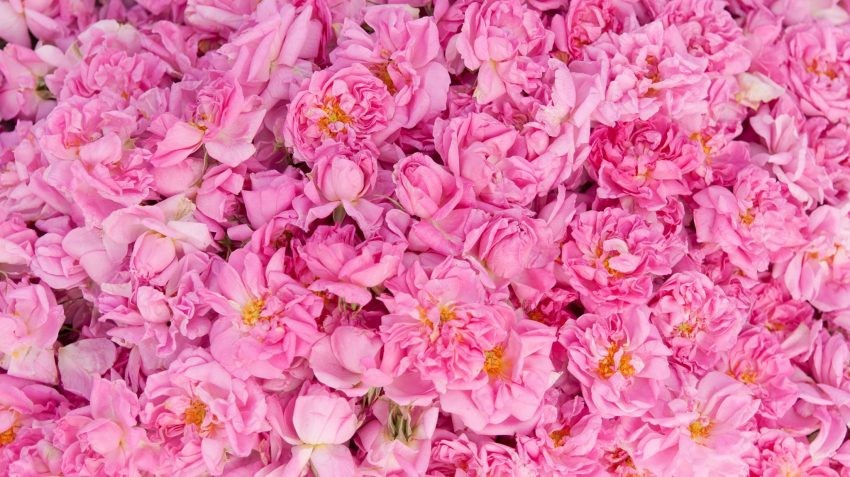 Rosewater has a sweet scent and is used heavily in many Middle Eastern cuisines—especially in sweets such as baklava and nougats.

In Iran, it is also added to tea, ice cream, cookies, ice cream and other sweets in small quantities, and in the Indian subcontinent it is used to flavor milk and dairy-based dishes such as puddings. It is also a main ingredient in sweet lassi, a drink made from sugar and yogurt. In Malaysia and Singapore, sweet red-tinted rose water is mixed with milk, which turns light pink to make a sweet drink called bandung. Marzipan has long been flavored with rose water. Rose water is frequently used as a halal substitute for red wine in cooking. It is often added to water to mask unpleasant odors and flavors found in tap water.

Rose Water is used as a perfume due to its sweet scent, but it has medicinal values, as well. Rose water contains  powerful antioxidants which protect the cells in the skin against damage. It has  antibacterial properties, which mean it can help wounds heal faster, by keeping them sterile and fighting off any potential infections. Rose water has hydrating and moisturizing properties and its anti-inflammatory properties soothes the irritation caused by eczema. It acts as an anti-aging.  Rose water is not only good for the skin, it’s great for your entire body.

Rose water is used as a perfume in religious celebrations. Water used to clean the Kaaba, the Qibla for Muslims located in Mecca in Saudi Arabia, combines water from the Zamzam Well with rose water as an additive. Rose water is used in some Hindu rituals. Rose water also figures in Christianity, particularly in the Eastern Orthodox Church.

Sumac : Cultivation and dying or medicinal Uses of iranian sumac

pistachio vs walnut – which one to eat ? which one is better ?